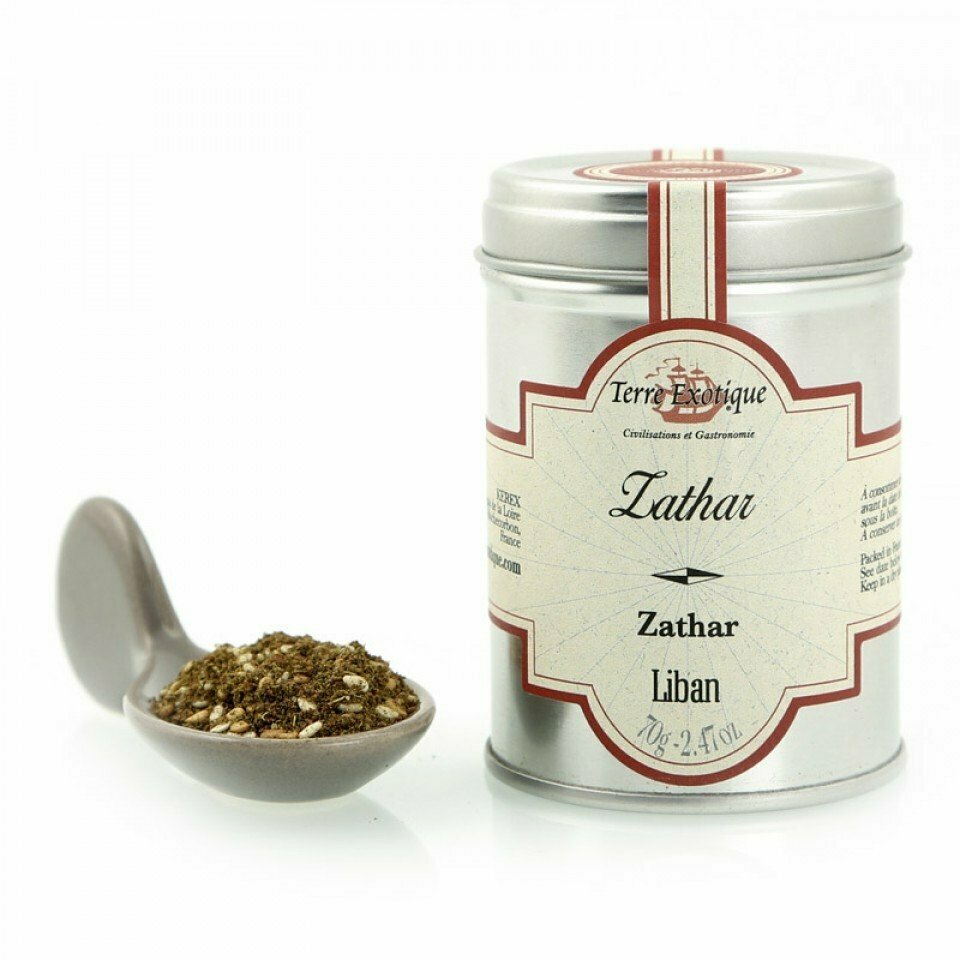 Zaatar is a spice mix from Byblos in Lebanon, one of the oldest towns in the world, founded in 5000 B.C. During the 3rd century B.C. Byblos traded extensively with Egypt exporting cedar wood needed for Egyptian ship building, resin for mummification, wine and papyrus. The Phoenician city was an inevitable economic, political and cultural crossroads. When Alexander the Great arrived, its Semitic name “Gebal” was replaced by “Byblos” from “biblion” in Greek which means scroll, due to the papyrus scrolls exported from Byblos. This is also where the name of the Bible comes from.

Zaatar is very widely used in Lebanon, in Syria and throughout the Mediterranean. It is made from 3 ingredients which are highly typical of the Middle East, sesame, thym and sumac and is traditionally eaten as a mezze with bread which is dipped in olive oil and then in zaatar.
Deliciously simple, it’s perfect for your pre-dinner drinks.
Its acidic, aromatic and slightly salty taste is also ideal for enhancing white meat and poultry. Why not try it in your marinades? Its lemony warmth will enchant your fish. Use it in cooking, or simply for seasoning at the table, you won’t regret it!
Save this product for later
Display prices in: EUR